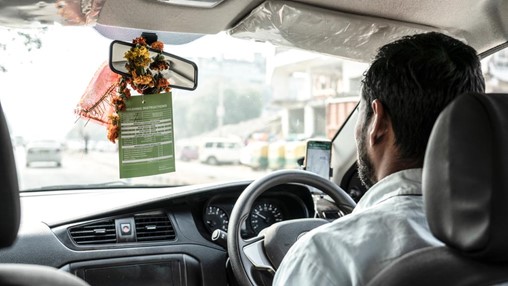 Uber has announced it is planning to sign up another 20,000 drivers in the UK by the end of 2021 after a surge in demand since lockdown rules were eased last month. The increase in driver numbers will boost the platform’s driver network in the UK to 90,000. The ride-hailing app firm said it had experienced a 50% increase in trips since pandemic rule changes on 12 April allowing pubs and restaurants to serve customers outdoors and the opening of non-essential shops. Demand for rides is expected to increase further during the summer as restrictions are eased further. Jamie Heywood, Uber’s regional general manager for northern and eastern Europe, said: “As cities open up and people start moving again, we are encouraging 20,000 new drivers to sign up.” In February the Supreme Court ruled that Uber drivers were not self employed contractors but workers. Uber’s initial reaction to the ruling was muted, with the company claiming it only applied to the 25 drivers named in the case and that since 2016 when the case was first brought, significant changes had been made to drivers’ terms of engagement. However, last month, Uber agreed to give its UK drivers a guaranteed minimum wage, holiday pay and pensions from 17 March. All drivers would receive holiday time based on 12.07% of their earnings. This would be paid out on a fortnightly basis, the company also confirmed. But James Farrar and Yaseen Aslam, the lead claimants in the case, said the changes did not go far enough. The Supreme Court recommended that drivers should have rights to the minimum wage from the moment they switch the app on, but Uber has only agreed to pay from when a journey is booked. According to the App Drivers & Couriers Union this failure to comply with the Supreme Court ruling means that Uber drivers will “still be short-changed to the tune of 40-50%”. Unions and lawyers for the drivers have urged the government to investigate the back-pay claims of drivers and force Uber to pay up. But so far HMRC and the Department for Business, Energy and Industrial Strategy have failed to take any action. Uber has said it would be contacting only those drivers with settlement offers to make up for shortfalls in past pay. A spokesperson for BEIS told Personnel Today: “The Uber Supreme Court judgment upheld employment status law as it stands, and Uber’s recent announcement to reclassify all their drivers as workers is a positive step. It is for Uber to ensure that their new proposals meet the necessary legal requirements.” The drivers’ union believe the government has abdicated its responsibilities when it comes to enforcing the law and it is widely thought likely then that more legal action will be forthcoming to push Uber into meeting its legal obligations to more drivers. When it came to the recruitment of a further 20,000 drivers, Yaseen Aslam, president of the App Drivers & Couriers Union said: “Uber’s post-pandemic recruitment push will inevitably lead to increased driver poverty and rising urban congestion.” Uber would easily afford to recruit an extra 20,000 people, Aslam said, because it relied on an “exploitative employment model which allows them to strengthen their monopolistic position while driving more workers into poverty”. He added: “We urgently need capacity controls and enforcement of employment law, but the government has abdicated its fundamental responsibilities. Our union will continue to resist Uber’s brutal exploitation of people and communities.” The union argued that Uber’s use of a fixed-time model of pricing means drivers will be paid the same amount regardless of route or traffic conditions. This, it said, would push drivers to rush and cut corners. It said: “As normal traffic returns to the cities after the pandemic, driver earnings per trip will inevitably decline.” Compensation and benefits opportunities on Personnel Today Browse more compensation and benefits jobs